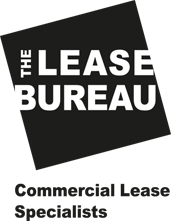 When a landlord wants to give a tenant a right to occupy commercial premises, it can be tempting to try and avoid the restrictions placed on lease provisions by the Retail and Commercial Leases Act by simply granting a ‘Licence’ instead of a ‘Lease’.

However, doing so is fraught with danger in that the Courts have said on a number of occasions that it is not what you call the document, it is the substance of the agreement as well as the true nature of the relationship between the parties that is critical in deciding if it is a Lease or a Licence.

What this means is that even if the agreement between the parties was negotiated on the basis that the Act wouldn’t apply, there is every chance that the Courts would find in fact that the parties had entered into a ‘Lease’ and all of the protections that the tenant is given under the Act would apply.

For example, the landlord may think that as the Licence was only for one year, that he could terminate the arrangement at the end of that year. Not so if its found to be a Lease.

He probably didn’t give any thought to rent reviews either and when the Courts extend the Lease for 5 years (which is allowed for under the Act) he is stuck with the same rent for the entire period.

From the tenant’s point of view, why would he enter into a Licence in the first place as it can’t be transferred as it is personal to him, it can’t give him exclusive possession (because then it would most likely be a Lease), it can be terminated by the landlord and the landlord can enter onto the property at any time and can even grant Licences to other parties to use the property.

So, the main take away points are:

-If the tenant wants exclusive possession, it must be a Lease

-If the tenant wants to be able to transfer or otherwise deal with his right to occupy, it must be a Lease

-If the tenant wants protection in the event that the ownership of the land changes, then it must be a Lease

-If the parties want certainty in the eyes of the Law, it must be a Lease

However, if both parties require a casual relationship, albeit one that is documented, for a part of a property on a short-term basis without exclusive possession and they are sure that it won’t be interpreted by the Courts as a Lease, then a Licence is the way to go – which is why you don’t come across too many of them.

RECEIVE INSIGHTS TO YOUR INBOX

Inflation
Rent including GST
Varying the Terms of an Existing Lease
Air-Conditioners
Business Names
What is CPI?
DEFAULT INTEREST ON LATE RENT PAYMENTS
REGISTRATION – HOW WE APPROACH IT
A BUSINESS NAME AS LESSEE?
WHAT IF A TENANT STOPS PAYING RENT?